5 Reasons Why Mautic is Not Suitable for Most Businesses 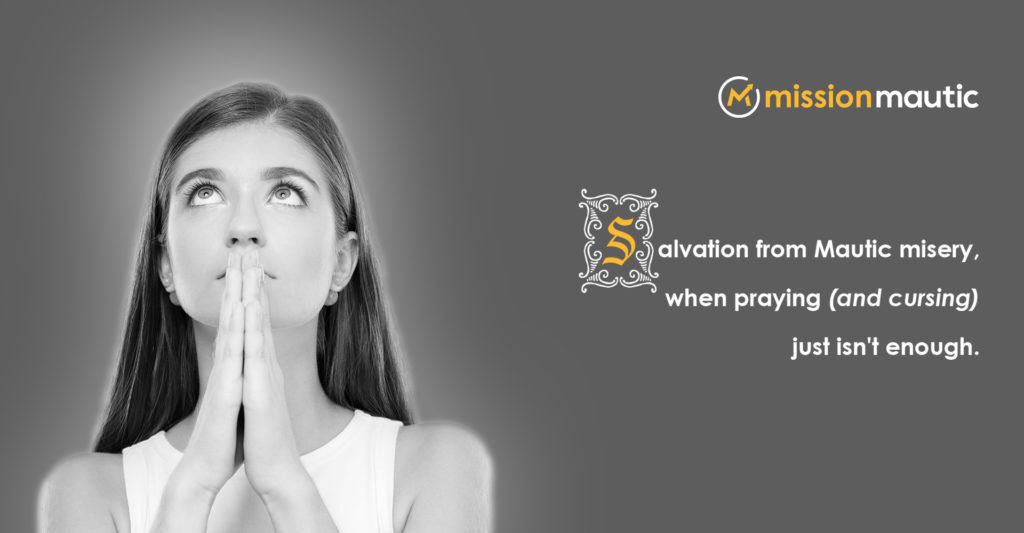 I know that many people follow my posts on Mautic. According to Influencer World, I am currently ranked 16th in the world as a Mautic influencer. Everyone who knows me personally is aware of my tremendous enthusiasm for Mautic and also knows that I’ve been a supporter and evangelist of this powerful platform since its early days. The big question I’m sure you’re now contemplating is, why am I saying that Mautic is not suitable for use by most businesses?

This is NOT an anti-Mautic Rant

First up, let me make it clear that this post is not in any way a rant against Mautic and/or its terrific community of developers. It’s the simple truth, told from the perspective of someone who has to deal with the day-to-day frustrations of business owners we are currently supporting using Mautic. It’s also my own, direct experience of using the Mautic platform for close to two years now.

Here are the 5 key reasons why business owners should think twice before using Mautic:

Virtually every new release of Mautic is plagued with bugs. Sometimes, these are very serious bugs. We long ago set up a Mautic test environment on our server, which includes Mautic integrated installations of Joomla! and WordPress. On the test sites we’ve replicated themes, templates, modules, extensions, plugins, pages, custom code, mail configurations, Cron jobs, etc. all of which we have in use, elsewhere. Each time a new version of Mautic is released we install it on the test site first, then proceed with testing. Every time we do this there are problems and often a lot of them. Frequently, these problems cannot be resolved by a novice. They need a programmer.

Following on from buggy updates is the cost of managing Mautic. Our development team has spent hundreds of hours identifying and resolving update related issues. Developers cost time and money. That’s time and money that most businesses simply don’t have. The truth is that this “free” platform can end up costing any business very real money to host and manage. We’ve lived in the hope for a long time that the Mautic community would get this particular aspect of Mautic, under control. Unfortunately, that hasn’t happened, up to now. Fingers crossed for the future!

Mautic has a very sharp learning curve. Whilst there are some excellent resources out there for users to tap into, few business owners are prepared to invest the time and effort required to really put Mautic to work for them. That is as much an issue of people not wanting to take the time to learn Mautic, as it’s an issue with the difficulty of mastering Mautic. Once again, this is an observation of how Mautic tends to be utilised by real businesses. The truth is that most business owners will never become proficient at using Mautic. It’s just too difficult for them to fully grasp.

Mautic set out to create a marketing automation platform for everyman. It’s an admirable objective and something that I thought was a great idea. I am no longer convinced of that. The reason why is that using Mautic proficiently and profitably requires something more than knowing which buttons to click and where to drag and drop. Using Mautic effectively requires a broad range of skills including basic competency in graphic design, some knowledge of HTML coding, decent copywriting ability and a variety of other general digital marketing skills. The reality is that most business owners lack some or all of these skills and are often reluctant to hire somebody who does have them. You might learn where and how to click every single button on Mautic – but still get nothing from it without these skills.

Mautic is not a miracle worker. The platform offers much and delivers in spades on most of those promises. The simple truth is that unless business owners are prepared to invest the necessary time and money into making the platform work for them, Mautic will simply become a source of near-endless frustration and cost, for them. Realistically, Mautic is a professional level digital marketing tool. Most small businesses cannot absorb the costs associated with putting this exciting platform to work for them. Even larger businesses that might be able to afford properly implementing and managing Mautic, baulk at the real costs of putting it to work for them. Expectations need to be realistic, when using Mautic.

Mautic as a Core Service Offering

We will still be providing services for businesses which have a clear need for Mautic. We’ll also implement and manage Mautic for businesses with both realistic expectations of just what Mautic can deliver for them and pockets deep enough to drive that. We will, of course, continue to support existing customers who are using Mautic, already.

Leave Mautic to the Professionals

In summary, my opinion is that Mautic is an automation tool best left to the professionals. If your business is considering using Mautic, you might like to think about the foregoing facts before walking down the Mautic superhighway. Mautic offers either Heaven or Hell, without much in between. You have been warned!

Zoho CRM | How to Cancel Your Subscription & Close Your Account

Partnering On Web-Based Business Ventures? Why I (almost) Always Say No